The Development of Shiatsu

The oldest identifiable roots of Shiatsu are those found in ancient Chinese medicine in the healing art of Doin-Ankyo. The self-healing practices of Doin developed flexibility, sensory awareness and energetic ki strength in the practitioner. On the other hand, the training in the techniques of Ankyo such as massage, pressure point techniques and joint manipulation was utilized in healing others. Furthermore, patients then used Doin exercises to aid their recovery and maintain good health. Practitioners too benefited from performing Ankyo through the activation of their energetic body and working with the power of positive intention. Together this harmonious and complementary relationship forms the base upon which shiatsu developed.
​
In the recorded history of manual therapy an observable trend can be seen, whereby therapies experience a stage of flowering, growth and then decline. This can be seen with Anma, the traditional Japanese massage therapy and immediate predecessor of what we now call shiatsu. It was widely mentioned in scriptures from the Han Dynasty (206 B.C.-A.D. 220). At that time, when manual therapy was a highly regarded medical discipline, Anma was considered a very powerful healing technique. However, when therapeutic focus shifted away and toward providing relaxation and pleasure, ongoing research and development declined.

​Chinese medicine is only one of many fields that have influenced Japanese culture. However, there were significant outcomes for medical practice with techniques being introduced, absorbed and refined into new methods such as Hara-tori and Fudu. These used hand pressure to palpate the abdomen or Hara in order to diagnose and treat the meridians.

Outside influences were to continue to shape the path of Shiatsu's development, none more so than during the Meiji Period (1868-1912). Then western ideas about anatomy, physiology, pathology and practices such as psychotherapy were to have significant impacts and lead to rapid changes in the practice of medical treatment. Its rationales and processes came to be explained in a more logical and scientific manner. Emphasis was placed on technical and material terminology. Many schools shifted away from traditional teaching methods that considered the spiritual and holistic aspects of treatment. The shift to mass education saw teaching approaches that focused on the study of knowledge in written form, memorization of meridian charts, and techniques based on fixed sequences of points. In many cases, concepts such as ki and meridians came to be seen as belonging to a backward culture based on superstition and were discarded. Such a focus on technical and theoretical knowledge saw the traditional methods fall in the estimation of the public and eventually become secondary to Western medicine.

During the Taiso period (1912-1925), however, therapists again started working with and articulating the effectiveness of manual therapy that was centered on the correspondence between mind and body. In 1919, with the publication of Shiatsu Ho (The Shiatsu method) by Tempaku Temai, the term Shiatsu entered into widespread use. These new therapists practiced the pressure techniques of Anma, while combining their approach with other therapeutic practices including psychotherapy. In 1964, the success of their endeavors was acknowledged, when the Japanese government officially recognized Shiatsu as a unique therapeutic method. 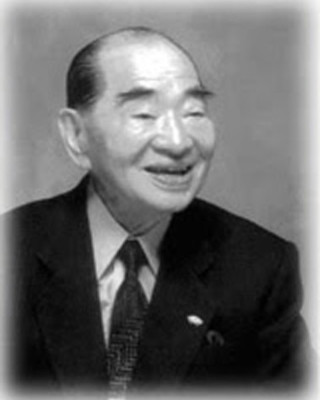 When Tokujiro Namikoshi published his bestselling book, Do It Yourself - 3 Minute Shiatsu, it dramatically helped in raising the profile of Shiatsu in Japan. The Namikoshi technique integrated Anma, Swedish massage, Physiotherapy and Acupressure. Shiatsu's popularity in the western world was boosted by the book's translation into multiple languages and aided by Namikoshi's treatment of famous westerners including Henry Kissinger, Marilyn Monroe and Mohammed Ali. He is best known for his saying: "The heart of Shiatsu is like the heart of a mother". 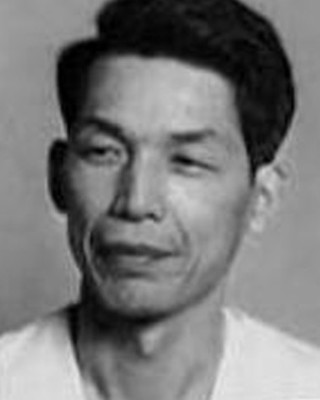 Master Shizuto Masunaga was the founder of Keirako Shiatsu that is call today Zen Shiatsu, he trained with Master Namikoshi. He came from a family of Shiatsu therapists and studied Shiatsu and Psychotherapy. In his clinical practice he started investigating the meridian system. His research sought a way to integrate the ancient Chinese approaches to working with ki and the meridians. In the Chinese Classics he found explanations for the response patterns he was experiencing clinically, but evolved them further when they could not fully explain what he was observing.

Tzvika Calisar was born in 1962 and has been a shiatsu therapist and teacher from 1985. His clinical research and extensive teaching experience led to the development of the Seiki Meridian Shiatsu method. He is the founder & teacher of the Seiki Meridian Shiatsu International association that has centres all over Europe, North and South America, Israel, Australia and New Zealand.

Calisar studied in Tokyo from 1985 for 2 years at the Namikoshi Shiatsu School and Zen Shiatsu at Iokai centre of Master Massunaga. From 1987 until 1990 he was practicing and giving Shiatsu treatments in Kyoto.

Over the next decade he built a network of shiatsu clinics and centres while travelling extensively and giving seminars and workshops throughout Europe.

In 2001-2007 Tzvika returned to Tokyo Japan and was running a Shiatsu school as manager and senior teacher to his Japanese students and further duties included responsibility for the development of the international training curriculum and programs of Shiatsu.

Calisar wrote articles about Shiatsu and Meridian diagnosis that were published in Shiatsu & Oriental magazines around the world and was involved in the writing and translation of few Shiatsu books.

During this decade Calisar became a well-known and highly regarded Shiatsu therapist and instructor in Japan. Simultaneously, he lectured and gave workshops and treatments worldwide at international shiatsu congresses and notable Shiatsu and Chinese medicine schools. His involvement and interaction with shiatsu patients, teachers, therapists and students, in Japan, Israel, England, Austria, Germany, Italy, Spain, France, Switzerland, Russia, Bulgaria, Hungary, Greece, Macedonia, Cyprus, India, Thailand, USA, Canada, Argentina and Chile, gave a unique perspective to his research. From this he has developed unique therapeutic approaches for Shiatsu treatment and training.

Tzvika Calisar's research focus was to now shift toward the aspect of Seiki. He continued researching independently and developed the Seiki Shiatsu method. It is based on the two complementary principles: the Yin - empathy and intention from the heart of the therapist and the Yang - the application of accurately angled and continuous pressure. By synchronising the application of pressure with the heart's intention, Seiki Shiatsu reignites and strengthens the patient's internal healing power.

The Seiki flowing through the meridians is able to be stimulated through the network of pressure points (Tsubo) that act as gateways to the energetic body. The therapist unifies and connects with the internal Seiki of the patient and synchronises their intention and actions to its response. This calms the oppositional forces in the body and increases the strength and radiance of the flow of Seiki. Jaki's dysfunctional, negative qualities begin to dissolve in the transformation to life energy.

Every particle in our bodies is absolutely essential to the integrity of our being (the wholeness). Similarly, the essence of our being exists in each and every particle. In attempting to follow this approach to the life processes, Tzvika Calisar discovered the Surrounding Meridian Circulation. The Seiki Meridian Charts he produced show a clear projection of the pathways that enable the deepening of effective treatment and study in manual therapy. 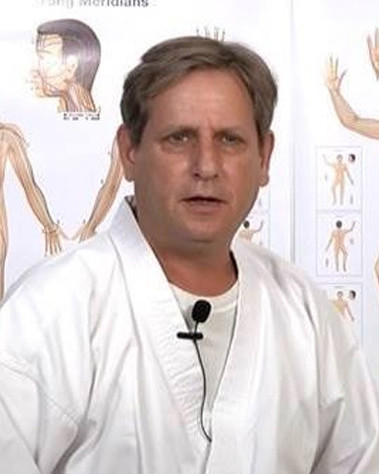 About the Seiki Concept

When combined, Sei-ki expresses the original primordial life energy from which all creation sprang. In this sense, it is the energy of life in its purest form - that which existed before the opposing forces of yin and yang came into being. As such, it is the source, the basis of the universe. Internal Seiki, meanwhile, is this same universal energy existing inside each and every individual life. It holds harmoniously within itself the qualities of both yin and yang, without antagonism and duality. It is the spark at the heart of each person.

The unique insights of the Seiki Shiatsu method lie in the efficiency of the method's stimulation of the body's internal healing response. With firm foundations in the fundamental principles of working with Ki, the treatment strengthens the flow of the patient's life energy through the meridians. These energetic channels are what generate the form and functioning of the physical body and are thus the focus of treatment.
To perform treatment, the therapist unifies with the patient through feeling their own internal Seiki while simultaneously recognising it in the other.person.
This raises the initial spark of healing power which possesses an unlimited power for deep healing in the body and the soul.


"The founder and father of Shiatsu was Sensei Tamai Tempaku that you can see in this picture."

What our clients say

Mario is the most incredible masseur and Shiatsu specialist. I came to see Mario many months ago in the hope he could help me with chronic menstrual pain caused by Endometriosis. He has tailored my weekly visits and has not only managed to help reduce pain so I stop taking strong medicine, his Shiatsu treatments have helped to realign my body and mind. I equally enjoy Marios Shiatsu treatments as well as his award winning chair massage. I can recommend Mario wholeheartedly, he is friendly and professional in a relaxing environment.

"For years I have searched London for a high-calibre shiatsu therapist with the same physical power and discipline as the traditional Japanese shiatsu I have come to know in Canada and Asia. I finally found my answer in Mário de Sousa, whose passionate approach to Seiki shiatsu has brought relief to my 12 years of chronic back pain. Mário is intuitive and generous, and I salute his dogged determination to solve my problem."

"I have had sports injuries for years and after a few massages with Mario I am now starting to exercise again, pain free. A professional and also an expert in his field, Mario truly connects with you and quickly understands how to treat your body. I will definitely be visiting again very soon!"

"With Mario I had my first chair massage. He was wholly professional, took time to connect with me from my arrival, worked wonders on tension, injury, meridians - I floated home! I thoroughly recommend."

I’ve been suffering from severe sciatica pain since 2012. In almost two hours of session Mario combined several treatments and helped me to relieve the pain and relax all my muscles. He started with a shiatsu chair massage for my blocked neck followed by a long seiki meridian shiatsu treatment ended by a full body yoga stretch. I ‘ve never felt so relaxed in my life!!! I strongly recommend him!!!

Highly recommended - as a mother and therapist it is important to look after myself and today I received my first and not the last treatment from Mario. His professionalism is outstanding and connected so well with me as his clients that he knew exactly where my tense spots of stored energy and tight muscles were - knowing exactly how to release and relax not only those points but my entire mind, body and soul. I feel in complete homeostasis so thank you Mario I look forward to my next treatment.

Mario may well be the most popular person at Wunderman Thompson! He is always booked solid with a waiting list and many others asking when he will be back in. He is very client focused and takes time to understand what you need. We have had fantastic feedback from employees saying they have felt the benefits long after the actual massage. Thanks Mario!